twas the night after Christmas….. 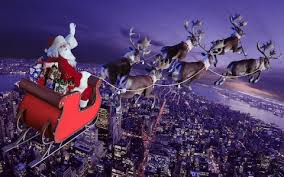 and Santa was lost. Over the side, the compass was toss’d. “We’ll go up through the clouds, til we find the north star; then dasher and dancer will know where we are.”

Let me suggest that it was no coincidence that right after last Christmas an urgent meeting of geophysicists gathered to update the World Magnetic Model. As you no doubt know, the magnetic north is not located at the same place as the geographic north so navigation systems need to know exactly how far apart the two points are. As it turns out, the magnetic North Pole had moved further away from where we thought it was and that is no small matter for navigators and so the urgent meeting was called in January this year to correct our calculation model. 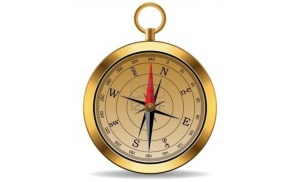 The unpredictable wandering of the North Pole has occupied the imaginations of scientists and explorers ever since it was first accurately located in 1831 by James Clark Ross in the Canadian Arctic. But in the mid-1990s it’s speed accelerated from around 15 kilometres per year to around 55 kilometres per year. By 2001, it was in the Arctic Ocean. It is currently on track for Siberia. Likewise in our part of the planet the magnetic south pole has now moved off the coast of Antarctica and is now even outside the Antarctic circle. 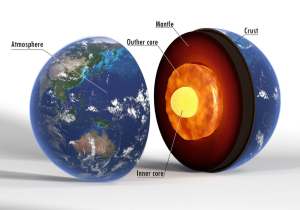 Scientists are trying to understand just what is going on deep inside our planet and what affect various scenarios might have on earth’s magnetic field. It may be a result of geomagnetic pulses, like the one that happened in 2016, or it might be a result of hydromagnetic waves deep within earth’s core.

But what scientists can tell us, from study of magnetic minerals in the ice core, is that it is all quite natural. Over the eons the poles have completely reversed on average every 2 – 300,000 years; the last reversal was nearly 800,000 years ago so they are saying we are actually well overdue for another switch. They also calculate that the process of reversal took over 20,000 years to complete so we do get time to change the order of the N-E-W-S letters on our compasses. 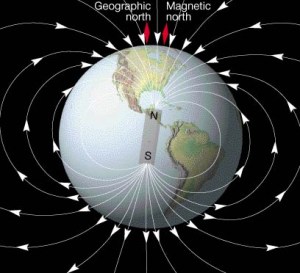 But here is a thought. The earth’s magnetic field is one of the two powerful forces in our atmosphere, the other being gravity. In theory gravity is over 100 times stronger than magnetism but, for my money, if you pick a nail up from the floor using a magnet and it stays stuck to the magnet you would have to think that magnetism has won that arm wrestle. That’s all by the by; the main job of the magnetic field is to shield our planet from excessive galactic cosmic rays. So the real question is, could a shifting magnetic field have an effect on climate and weather patterns? Heatwaves, winds, storms, deluges, tidal surges, arctic ice-shelf calving; that sort of thing? It’s worth thinking about. Certainly there are some Danish scientists giving it very serious thought. Danish astrophysicist Henrik Svensmark, professor in the Division of Solar System Physics at the Danish National Space Institute in Copenhagen, has been researching the link between galactic cosmic rays and earth warming for decades. In 1997 his study was published with the conclusion that: During the last solar cycle, Earth’s cloud cover underwent a modulation more closely in phase with the galactic cosmic ray flux than with other solar activity parameters. Further it is found that Earth’s temperature follows more closely variations in galactic cosmic ray flux and solar cycle length, than other solar activity parameters. The main conclusion is that the average state of the heliosphere affects Earth’s climate. More recently this claim has been supported by two Danish geophysicists, Mads Faurschou Knudsen and Peter Riisager using data drawn from stalagmites and stalactites found in China and Oman to compare our magnetic field with that of 5,000 years ago. The results of the study have been peer reviewed and published in the U.S. scientific journal ‘Geology’.

Anyway, the increasing shift of the North Pole is a geological fact that nobody can deny and so there will have to be far more regular meetings of the people who are required to keep our navigational systems in working order. They will, of course, have to meet pre-Christmas just so Santa can set the auto pilot control and get home quickly after a busy night. As it happens the carbon alarmists also favour a pre-Christmas conference, so maybe the geomagnetic mob can make a big annual conference-style event of this and the two groups can join forces. The additional numbers might increase the incentives that big cities are prepared to offer to get an economic injection of 30,000 people, all on expense accounts, turning up a few weeks before Christmas.

Maybe they will fight over bragging rights as to whether it is man’s industrialisation or earth’s magnetic field that is having the greatest impact on the climate or maybe they will collaborate and decide that man is somehow affecting the earth’s inner iron core by mining coal and drilling for oil. Who knows? Not me, I am not a scientist I am just a Joe Blog and I

am hoping Santa will bring me an Akubra and a pair of Redbands. Adapting to the environment has been the sapiens mantra for 200,000 years and so I will be tending my lettuces while the Court of Canute is ordaining their reincarnated Joan of Arc to lead us against the forces of the nature.

This entry was posted on December 19, 2019, 6:00 am and is filed under Climate change. You can follow any responses to this entry through RSS 2.0. You can leave a response, or trackback from your own site.