Posted by tonypcollins in Christmas on December 24, 2015 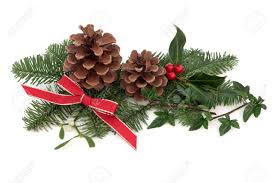 I think, as a young child, the eve of anticipation was far more exciting than Christmas Day itself and, apart from a few hours sleep to give Santa the window (or chimney) of opportunity, was effectively an all-nighter with a  6:00pm start watching the sky and a 6:00am opening of Santa’s gifts. But then the day itself tended to disintegrate into the grown-ups routines of church and a family meal until exhaustion kicks in from the all-nighter. In fact, for me, the best thing about Christmas really was that it launched our summer holiday break from school and I had a new cricket bat, swimming goggles, softball glove or tennis racquet to enjoy it all.

It is, of course, mid-winter in the Northern hemisphere, so no great summer holidays to follow the 6:00am opening time for them. But nonetheless Christmas Day continues to be a huge celebration all around the globe. It is the big one. Billions of people stop work to celebrate Christmas Day, 25th December.  So how did it come to this?

Well, in a nutshell, we have Christmas Day because the Romans executed a Jewish preacher named Yahshua who was given, by his Jewish followers, the title of Messiah, meaning ‘the anointed one’ or ‘liberator’. Other followers, educated in Greek, called him Iesous and used the Greek title of Christos, also meaning the anointed one.  The name has subsequently been Romanised and/or Anglicised to Jesus. A liberator was believed, certainly by the Romans, to be intent on liberating the Jews from the rule of Rome; a crime of sedition for which punishment was death. The Romans continued persecuting this Christian religious sect, whose simple message of kindness and peace was spreading well beyond Israel and causing the warrior state of Rome some serious political challenge. At around 313AD the Roman Emperor Constantine apparently decided that if he couldn’t exterminate the cult, he would simply create an organisational structure to control it for his own purposes. The official Roman Catholic version is that Constantine thought he  saw a cross in the sky before a battle with his brother over supremacy in the Roman Empire. Because his conscripted soldiers then managed to slaughter most of his brother’s conscripted army, Constantine decided that the vision of the cross in the sky was a signal that Jesus, the preacher of love and peace,  had enabled him to win the battle; and so he decided to stop persecuting Christians as his part of the deal. (It did not apparently persuade him to give up his paganism, however).

But, in effect, Constantine made the Christian bishops an offer they could not refuse. His patronage. That meant legitimacy, an end to persecution, an authority over the peasants in their parish that was backed up by the empire of Rome, and an income from those peasants that could only increase as the emperor’s endorsement expanded their customer base. The bishops would become franchise holders of this religious organisation. And so it was agreed by all that Yahshua died, not for the crime of sedition against the Roman occupiers of Israel and their Rabbi puppets, but rather in atonement for the sins of all mankind. It became almost as if the Romans had been given no choice but to crucify Yahshua because this death was ordained by God, who decided to sacrifice his son in atonement for the sins of all humans. It wouldn’t be the first time history was rewritten. It was a win/win. The Christian church expanded with the support of Rome and the bishops made sure all those under their pastoral care were loyal to Rome.

The common people obviously bought into this concept (literally bought in), believing that it was a choice of paying up to the parish priest or facing eternity in the fires of hell (or possibly the swords of the soldiers of Rome). These were a simple people facing simple choices and so the Church flourished. Then in 325AD  Constantine convened the first formal convention of all the bishops of this Christian Church of Rome at a place called Nicaea, which was in modern Turkey. Everyone loves a convention, especially in Turkey. Nicaea was no humble collection of cave dwelling in the wilderness from which the original Christianity had emerged; it was an historical and prosperous city right on beautiful Lake Ascania. Perfect. This convention was called to establish the doctrine of Christianity to which all Christians would be bound under pain of consignment to hellfire for all eternity. One of the items on the agenda was to give Jesus the Nazarene a birthday to celebrate. Everyone loves a birthday party.

Whether by coincidence or by edict the day chosen for Jesus’ birthday was an existing pagan festival of Natalis Solis Invicti.  With 21st/22nd December being the longest night of the winter, it was believed to be the “death of the sun” which then rose again three days later as ‘the day of the birth of the invincible sun, the true light’ with the days getting lighter each day until mid summer (June).

Constantine was a pagan and so understood the significance. Mithraism was the dominant pagan religious cult in the Roman military at this time. According to the Roman historian Plutarch, Mithraism became part of Roman religious belief during the military campaign of Pompey around 70BC. Worship of the deity Mithra (Mitra) goes back 3500 years in the Indian Verdic religion. The worship of Mithra travelled up through Persia and, following the  conquests of Alexander the Great, Mithra became the primary god in Asia Minor. Mithra was referred to as the Sun-God or the Sun of God and his ‘birthday’ was commemorated on the 25th December the day the sun fought back against the winter. His myth also reportedly includes having been born in a cave, statues of him are shown as emerging from a rock, to a virgin goddess named Anahita. As the Sun-God, Mithra was said to have had twelve satellites (read apostles) and was believed by the Indians to be the mediator between God and Man. From this some scholars conclude that Constantine simply overlaid his Mithraic beliefs onto the Christian religion that he had usurped. Constantine remained a pagan throughout his life.

So Jesus’ birthday was then agreed at the Council of Nicaea to be December 25th in year zero (by our modern Gregorian, or Christian, calendar), even though it would seem unlikely that shepherds would be tending their flock at night in the hills during the snowy depths of mid-winter. It was a political decision of the ruling military power of most of the world at the time and the effective ruler of Christianity but it has been retained by Christianity long after the fall of the Roman Empire.

So, in summary, a relatively small, persecuted, poverty-stricken cult of thousands was taken over by Rome Inc. and today has a global client base of around 2 billion people paying off an advance mortgage on an after-life plot in heaven. It is now a modern, complex corporation worth untold billions of tax-exempt dollars. Was this the greatest corporate takeover of all time? And it is not as if the people can make a claim under the Consumer Protection Act after they are dead.

But at its essence, the celebration of Christmas is the official recognition that just over 2,000 years ago, three magi (star watchers) travelled from somewhere in Persia, modern Iraq, to Israel because they had noticed a very bright body travelling across the sky and, from their ancient knowledge, they concluded that this ‘star’ meant the coming of the anointed one. The son of God. They followed this light until it shone a beam down to a stable in Bethlehem where they witnessed the birth of Yahshua.

Now if anyone today told of a mysterious bright light in the sky leading three astronomers to a remote village in the desert to witness the birth of a child of a woman who had been approached by unearthly beings and artificially impregnated they would be looked at with serious scepticism. And when witnesses described that same baby’s final day on earth 33 years later as one where he was lifted up from the Mount of Olives and last seen entering a ‘cloud’ hovering above them, they would be ridiculed as complete ‘alien conspiracy loonies’. But, thanks to the endorsement of the Roman Emperor Constantine, this story has been given the credibility to be accepted as the basis of the religion of Christianity. The basis for the declaration that Yahshua was indeed a son of God.

Today the bright light over Bethlehem, the angels serving an all powerful God and the hovering cloud from the religious narrative have now all been translated in the commercial myth of a Santa, who knows if you have been good or bad, flying around the world on a warp-speed sky-craft to either reward or to deny reward.

For the first 1700 years, Christmas was solely a religious event involving devout worship, wholesome family gathering and alms to the poor. Any money to be made was in tithes to the local parish priest which passed up the line until the head man in Rome eventually wet his beak. The priest would expect a bonus from his clients for a special Christmas performance, but the despised merchant class was largely left out of the action.

Then, thanks to Coca Cola and the D’Arcy advertising agency, Saint Nicholas, a revered Christian patron saint of children and one of the bishops at Nicaea was rebranded as

fat, jolly Santa Claus and the commercial Christmas era arrived in full force.  Charles  Dickens had tried to start instilling a bit of guilt and goodwill in the hearts of the rich at Christmas time, but it was Coke that gave really gave Christmas the nostalgic magic of fantasy that overtook the religious festival and saw the true commercial potential of using Santa to endorse their products and the rest of the commercial world climbed aboard the sleigh. Selling the idealism of a beneficial father figure living in the North Pole with his elves, bringing gifts to all the good little children, runs parallel to the celebration of the birth of Jesus. Just as Constantine had blended an established pagan celebration with the birth of Jesus, so too Coca Cola blended the Christian celebration with a commercial Santa Claus celebration. It did not take long before the target market was extended to all people we ‘love and care for’. Even extended families, which are progressively becoming more complex, are socially coerced into getting together for this day. That of course just exponentially increases the number of gifts that must be purchased. It became a gift-giving event that threatened social shame upon those miserly Scrooges who did not support it. Brilliant! Was this one of the most effective ad campaigns of all time? How many businesses today owe their existence and profits to that creation of Santa Claus? Including family lawyers with post-Christmas now one of their busiest times of the year as the victims of this season of peace and goodwill turn up at their offices post-Christmas, as predictably as whitebait in October.